The “organic” Law of Ukraine was applied

The Law of Ukraine “On the Main Principles and Requirements towards Organic Production, Circulation and Labelling of Organic Products” was applied. It was adopted by Verkhovna Rada of Ukraine on July 10, 2018.

The first official video was recorded by the company “Plan C” for the request of Ukrainian business representatives of the organic sector, and it was initiated by the Ministry of Agrarian Policy and Food of Ukraine. The creation of the video was made possible thanks to support of the Swiss State Secretariat for Economic Affairs (SECO) under the project “Organic market development in Ukraine” (implemented by the Swiss Research Institute of Organic Agriculture (FiBL, Switzerland)) and Western NIS Enterprise Fund financed by the United States Government via U.S. Agency for International Development (USAID).

Video available on our web portal in the Knowledge base section – For sharing.

The public organization “Ukrainian Organic Cluster” was founded. It unites organic producers from all over the country.

At the exhibition “BioFach”, the Ukrainian national pavilion was presented for the first time by the deputy minister of Minagropolicy

It was the first time the Ukrainian national pavilion was supported by the Ministry of Agrarian Policy and Food of Ukraine at the “BioFach” exhibition, and the Ukrainian organic sector was presented by the Deputy Minister.

The official logo for Ukrainian organic products was presented

The Ukrainian logo for the labeling of organic products was officially presented.

The start of the portal “OrganicInfo”

It was the start of an information web portal aimed to promote organic production and organic food.

For the first time, the development of the organic market was added to the Strategy for Agriculture and Rural Development 2015-2020 and announced as one of the priorities in the development of the Ukrainian agro-industrial sector. Unfortunately, the strategy wasn’t approved by the government and kept being just a recommendation document.

In 2014, there were changes made to the Strategy for support and development of the agro-industrial complex in Lviv region 2013-2015 aimed to provide support for organic producers, in particular reimbursements for inspection and certification procedures. Lviv region was the first to adopt the possibility of government support for organic producers.

The official opening of the first Ukrainian national pavilion at BioFach

The Ukrainian pavilion was first presented at the exhibition “BioFach” ― the biggest exhibition of organic products in the world.

It was the main legislative act in the sphere of organic market regulation and was replaced by the Law of Ukraine “On the Main Principles and Requirements towards Organic Production, Circulation and Labelling of Organic Products” in 2019.

The association of certified organic producers “Organic Ukraine” was registered

“Organic Ukraine” is focused on consolidation of Ukrainian certified organic producers for the organic market development in Ukraine and for the creation of a wide range of high-quality local products that would fully meet the demand of the population.

The first sub-regional review research on a “green economy” was conducted for Armenia, Moldova and Ukraine

UNEP along with governments, national and international organizations, that work in the sphere of agriculture, food production and economic development, initiated the sub-regional review research on a “green economy”. Armenia, Moldova and Ukraine were the first countries of the sub-region where the national projects aimed to prepare the research took place. The research contains suggestions regarding political reforms, investments and measures to be taken for a transition towards a “green economy”. In addition to the research, the initiative is aimed to perform some other work that would make the transition possible, in particular consulting regarding the transition and popularization.

Publication available on our web portal in the Knowledge base section – For sharing.

The first National fair of organic products was organized

For the first time, Ukrainian organic products were presented at BioFach

At the 20th international exhibition of organic production BioFach in Nuremberg (Germany), Ukrainian products were presented for the first time.

The opening of the first specialized store “Natur Boutique”

“Natur Boutique” was the first store specialized in organic production and it was opened in Kyiv.

On the shelves of the big supermarket networks in Kyiv, Ukrainian organic production appeared for the first time. These were the traditional for Ukraine groats: barley, wheat and pearl barley.

“Organic Standard” is accredited and included in the official list of the certification bodies recognized in the European Union, Switzerland, Canada and many other countries on the post-Soviet space.

The Organic Federation of Ukraine was registered

The organization aims to promote the values and worldviews usual for supporters of the global organic movement, also the increasing efficiency of agricultural production with the simultaneous development of safe technologies both for people and nature, and the development of the organic movement in  Ukraine.

The Association of organic producers “BIOLan Ukraine” was registered

The first documentary about organic production was released in Ukraine

The TV-documentary on organic agriculture “Where the city ends” was created by the Information Center “Green Dossier” with support of the office of the Counsellor of Agriculture, Nature and Food Quality at the Royal Netherlands Embassy in Ukraine. The film was broadcasted on UT-1, UT-2, Tonis channels.

Video available on our web portal in the Knowledge base section – For sharing.

Thanks to this agreement, technical assistance projects were made possible, in particular regarding the development of organic agriculture in Ukraine. The Swiss State Secretariat for Economic Affairs has been providing Ukraine with constant support in the sphere of organic production and organic market development starting from 2014.

The organization promotes the principles of sustainability in society, their integration to national policy and government programs via spreading objective information about ecological and social issues to mass-media, local communities, authorities and business — thus engaging them into action.

The new “organic” EU Regulation will be applied

BioFach ― is the world’s leading exhibition of organic products that is organized annually in Nurnberg (Germany). 51,5 thousand people from 144 countries visited the exhibition in the anniversary year, and the number of exhibits reached almost 3 thousand.

Canada and Japan agreed on mutual recognition of organic standards

The USA and Japan agreed on mutual recognition of organic standards

The agreement on consolidation of efforts between the European Union and the USA was signed in 2012. It was aimed to encourage the organic production development, protect organic standards and simplify imports/exports of organic products. According to the regulation that entered into force on June 1, 2012, the organic EU standards were considered equal to the US National Organic Program (NOP). Thus, the products certified in EU countries and the USA can be sold as organic in both regions without passing any additional certifications, though, there are some exceptions.

“Euro-leaf” became an official organic logo in the EU

The so-called “euro-leaf” (a star leaf on a green background, the organic logo adopted in the European Union) became an official label of organic products in the EU. The author of the logo was a student from Germany who had won an open competition, which the European Commission had been organizing for almost one year.

The USA and Canada signed an agreement on mutual recognition of organic standards.

There were updates made to organic legislation in the EU

Since 2007, the government regulation of the organic production sphere has been implemented on the basis of Directive №834/2007 in the EU. The Directive defines general frameworks and principles of organic agriculture, requirements to production of agricultural products, their processing, food production, characteristics and labeling, inspection/monitoring of organic products, including the products imported to the EU. The Directive covers all the EU countries. In Ukraine, organic certification is usually performed under this standard.

On demand of the United States Department of Agriculture, uniform national standards for organically-produced agricultural products were established in 2002 ― National Organic Program (NOP). Before that, all the states had their own legislation on the production and distribution of organic products. The uniform national standards for organic production aimed to ensure common organic standards across the country. 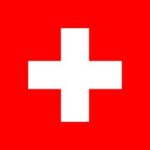 The foundation of Bio Suisse

The Research Institute of Organic Agriculture (FiBL) was founded

FiBL – is one of the world’s leading research and information centers for organic agriculture.  The institute places a high priority on developing strong links between different fields of studies and quick knowledge transfer from science research and advisory work ― into agricultural practice.

The International Federation of Organic Agriculture Movements (IFOAM) was founded

In Versailles (France), one of the world’s biggest and influential organizations was founded ― the International Federation of Organic Agriculture Movements (IFOAM). It unites organizations of 120 countries across the world. The main goal of IFOAM is the dissemination of principles and practices of organic agriculture, regardless of national and language barriers.

The Soil Association was founded

The Soil Association was founded in 1964 by a group of people preoccupied with the impact of intensive farming systems after the Second World War.

The first experiment comparing organic and conventional agriculture was conducted

Lady Eve Balfour initiated a comparative study of organic and conventional agriculture in 1939. The experiment took place close to the town of Haughley (Suffolk County, Great Britain). At two neighboring farms, two opposite areas of agriculture were implemented ― organic and conventional. The results were thoroughly monitored, checked and compared. This was the first experiment of such kind. Lady Eve Balfour presented the results of the study in “The Living Soil”, a book that was published in 1943. The experiment and publishing of the book prompted the forming of the Soil Association, a propaganda group of the organic movement in Great Britain.

The first book about organic agriculture

In the summer of 1924, Rudolf Steiner presented a course that was later named the first organic agriculture course. It was held for a group of more than one hundred farmers.

Rudolf Steiner’s lectures on biodynamic approach to agriculture were published in 1925. And though Steiner was motivated by spiritual and philosophic reasons, and not scientific, his teaching about biodynamic farming became the early version of what is now called “organic agriculture”.