— a representative of a group of companies that produce high-quality and eco-friendly natural products, such as juices and conservation.

«Liluck» is the leader in the production and distribution of organic birch sap in Ukraine. The company’s facilities are located in the Chernivtsi region, at the foot of Carpathians. Ancient traditions and modern technologies, the use of unique ecologically clean raw materials and high standards of quality are the basis of production.

You will find a wide range of birch sap with additives. 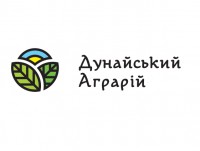